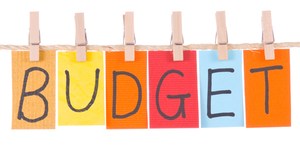 SOUTH PASADENA, Calif. (June 23, 2017) – During the June 13, 2017 Board of Education meeting, South Pasadena Unified School District administrators presented the 2017-2018 budget, which reflects a budget reality check based on Governor Jerry Brown’s state budget proposal in January of 2017, and the recently adopted State budget. The Governor’s January proposal and the adopted state budget required SPUSD to eliminate $1.6 million dollars in expenses in order to balance the budget.  The June 13, 2017 budget presentation to the Board may be accessed from the District website (spusd.net) under Information and Announcements.  The proposed budget is available for review at the District Office and is posted to the website following approval by the Board.

“The Local Control Funding Formula (LCFF) places SPUSD in the bottom 10% of funding statewide. Since SPUSD has lower percentages of foster youth, low income families and English learners, we receive less funding through the State’s LCFF plan,” said Assistant Superintendent of Business Services, Dave Lubs. “Even with the unexpected reductions to the State’s education budget in January, districts like SPUSD did receive additional revenue.  However, considerable increases in expenditures related to CalPERS, CalSTRS and health benefit contributions have consumed most of this new revenue.  As a result, we are forced to make the necessary reductions in expenses.”

To limit SPUSD’s reliance on unpredictable and unstable state funding sources, SPUSD has focused on cultivating reliable local funding sources that protect the quality of education in SPUSD schools.  For example, SPUSD’s local school parcel tax measure, which was approved by voters in 2009 and renewed by over 70% of local voters in 2013, provides nearly $2.3 million each year in funding that cannot be taken away by the State. By law these funds must be used to maintain teaching positions and academic programs in SPUSD schools. The local voter approved parcel tax, along with other local fundraising through the South Pasadena Educational Foundation (SPEF), PTAs, booster clubs and other sources, make up approximately 12% of SPUSD’s funding. With the change in the State school funding formula for school districts like SPUSD, these stable and local funding sources are more critical than ever in protecting high quality education in SPUSD schools. In addition to these important local funding sources, local parent and community volunteers dedicate countless hours to supporting our teachers and students with their talents and energy. Local contributions of time and funding help insulate South Pasadena schools from the ups and downs of state education funding and keeps South Pasadena schools among the best in the State and nation.