2019-2020 DTASC
November 4, 2019
Thank you for all the encouragement and support you've given me and our drama students in preparation for the DTASC Fall Festival, which happened this past Saturday. It was attended by 34 schools and over 20 of them were middle schools.
Thank you to all the homeroom teachers for being so gracious with the drama students leaving your rooms to rehearse their scenes/monologues or work on their set or costume design this past month. If you were able to sign up to have them perform for your homeroom classes before the festival - thank you!
Huge thanks to Lia Donovan who helped with music for our students doing the musical category AND Ani Atoyan who helped choreograph some of the numbers for our musical - we couldn't have done it without the two of you.  Our students are so fortunate to have such gracious and talented teachers!
I was so impressed at how well our students represented SPMS. They were supportive and encouraging of others within our group as well as those performing from other schools. Their attitude and behavior was what I was most proud of.Oh, and yes, their performances were terrific too.  If you have any of these drama students in your classes, please congratulate them.  Every category we entered received either an Honorable Mention or actually placed.
Advanced Drama students placed in the following acting categories:
4th - for A Woman's Voice (play must deal with any issues regarding women)
Actors: Aubry Deetjen, Jessica Liu, Lilli Mahlawe, Eleni Terhune
2nd - for Small Group Comedy
Actors: Elijah Hall, Liam Monroe, Siara Morgan, Mikala Toshima
1st - for plays written by African American playwrights Actors:
Owen Correll, Keira Grace, Solon McDonald, Quin Sokolowski
All 1st place winners of acting categories get to perform in front of everyone at the festival awards assembly, so these 4 students (Owen, Keira, Solon & Quin) received that honor and did our school proud.
Advanced Drama students received an Honorable Mention in the following :
Male & Female Audition Monologue received an Honorable Mention
Actors: AwenRose Miller & Diego Rodriguez-Moguel
Costume Design received an Honorable Mention
Team: Caitlyn Colmenares, Shane Judson, Markus Moser, David Sanchez, Sidney Weiner
Intermediate Drama placed in an acting category:
5th - Musical (Annie Jr.)* They earned this despite being down 1 person who was sick that day.
Actors: Eva Astrowsky, Caleb Benjafield, Shelby Collins, Aisling De Villa Bourke, Abigail Errington, Sophia Goldblatt, Konrad Neu, Nayeli Romero, Bella Vizcarra-Manning
3rd place for Sweepstakes!  Of all the Middle schools in attendance, SPMS was 3rd in receiving the most overall awards.
Intermediate Drama students received an Honorable Mention in the following:
Set Design - Julia Lerner, Kenneth Mogel, Hatsumi OkabeLarge
Group Comedy - Kallean Beebe Read, Helon Chichester, Theo Hilger, Connor Schlaak, Martienne Sena, Taylor YangLarge
Group Drama - Christianne Duley, Mischa Jones-Gonzalez, Andres Mendoza, Sabine Ornelas, Aaron Szabo
Teacher:
Mrs. Maracine 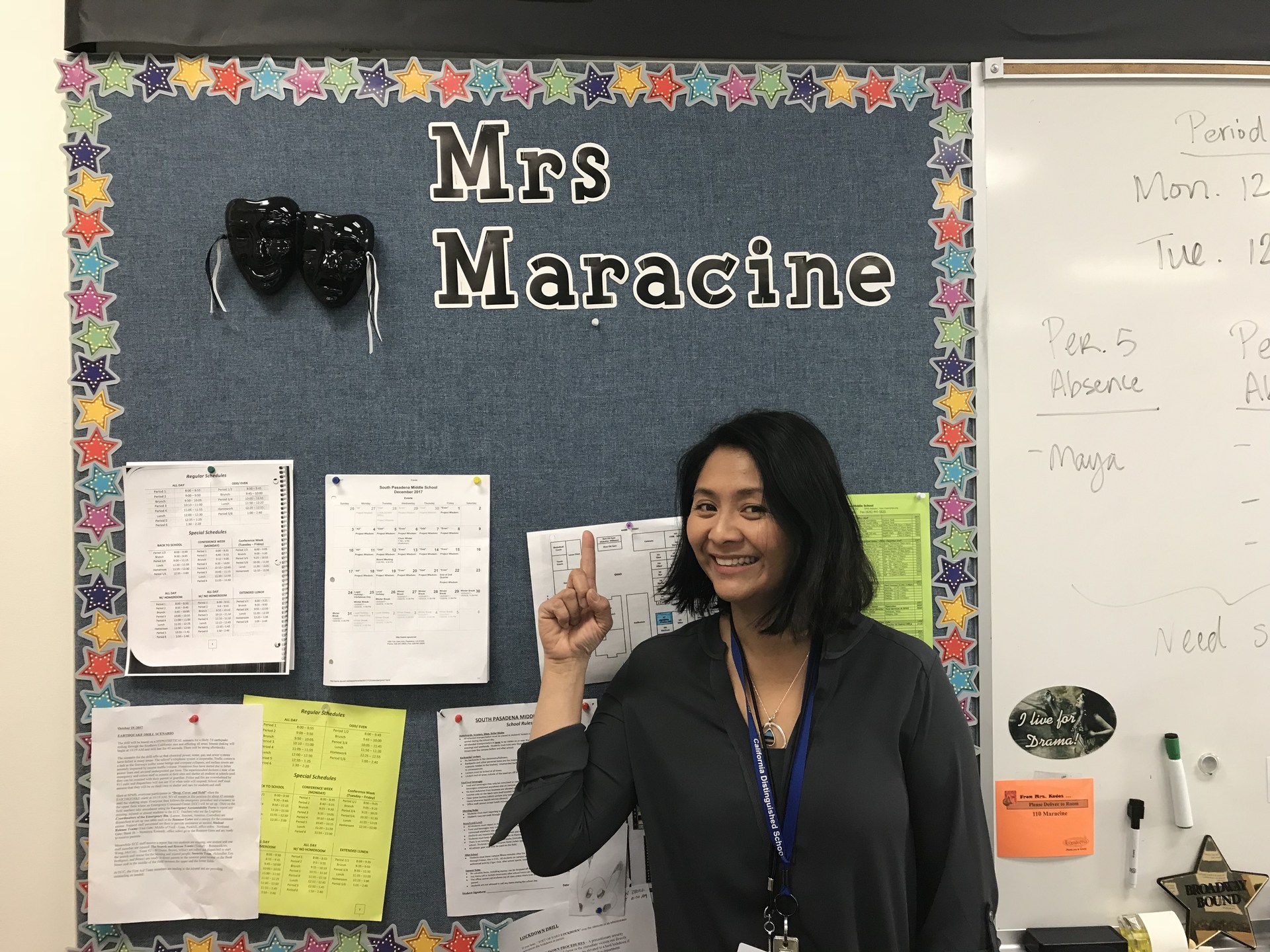